Australia’s property market might be on shaky ground right now, but in the few short years leading up to 2017, major housing markets soared by more than 50 per cent to eye-watering prices.

According to the Australian Bureau of Statistics, the amount of investor cash pouring into Australia’s housing market has halved since the midst of the property price boom.

So, was it investors, rather than owner-occupiers, which fuelled the record-breaking price rises in Sydney and Melbourne?

Investors have “a lot to do with price increases”, University of Sydney social economist and housing expert Peter Phibbs told The New Daily.

“What pushes prices up is when you have more buyers than sellers. For example, at an auction when you have a number of people competing hard for a home,” he said.

“Once you knock the froth off the market and take the excitement away, rather than having a number of people going hard at it you end up with one or maybe two, and most can only go so hard because they’re getting a limited amount of money from the bank.”

“Once you knock the froth off the market and take the excitement away, rather than having a number of people going hard at it you end up with one or maybe two, and most can only go so hard because they’re getting a limited amount of money from the bank.”

Lending to investors is now 47.8 per cent lower than its peak in April 2015 – when investors were approved for $9.37 billion dollars worth of home loans – to just $4.89 billion in December 2018, the latest ABS housing finance figures show, The New Daily reports.

While the level of owner-occupier interest in the housing market has remained relatively steady, investor enthusiasm has shrunk, with the pace of the decline in investor housing finance accelerating as the Sydney and Melbourne downturns have deepened.

Investors also have a significant advantage over would-be owner-occupiers thanks to the government incentive of negative gearing. 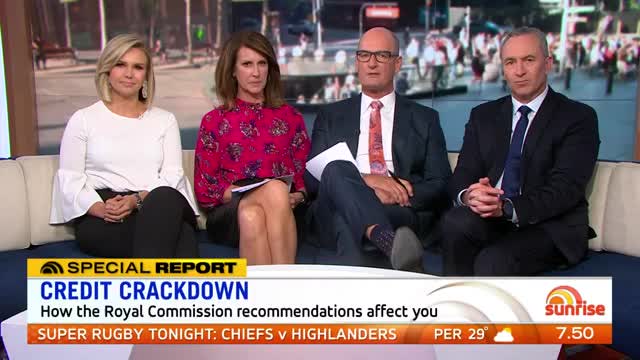 How the banking Royal Commission findings affect you

Get ready for credit changes.

Is our investor mix about to change?

Australia’s Federal election in May looks set to lead to a change of government. While a Labor leadership promises to tackle changes to our long-outdated negative gearing, it’s not all good news.

Instead of boosting the volume of first-home buyers in the market, the changes could lead to a possible influx of overseas property investors, Starr Partners CEO Douglas Driscoll warns.

He added that Labor’s aim to limit negative gearing to new apartments and house packages to ‘soften’ the market for first home buyers may inadvertently push more property into the hands of overseas buyers.

“Labor’s proposal to limit negative gearing to new developments and halve the capital gains tax coincides with other recent changes in the property market: a wave of new apartments and stringent macro-prudential measures,” he said.

“This will create an extended period of property price stagnation. If our own investors are impeded further, this is likely to lead to more competition from foreign buyers.”

Make your money work with Yahoo Finance’s daily newsletter. Sign up here and stay on top of the latest money, news and tech news.

Now read: Warning: Don’t get caught in this investment trap